“Named after the founder of Caws Cenarth, Thelma Adams who began producing this cheese in the 1980’s from a much older family recipe. It is a crumbly cow’s milk cheese with a distinctive delicate lemony flavour. Its natural mould rind is mottled grey-white in colour and itself has an earthy, mineral flavour.” 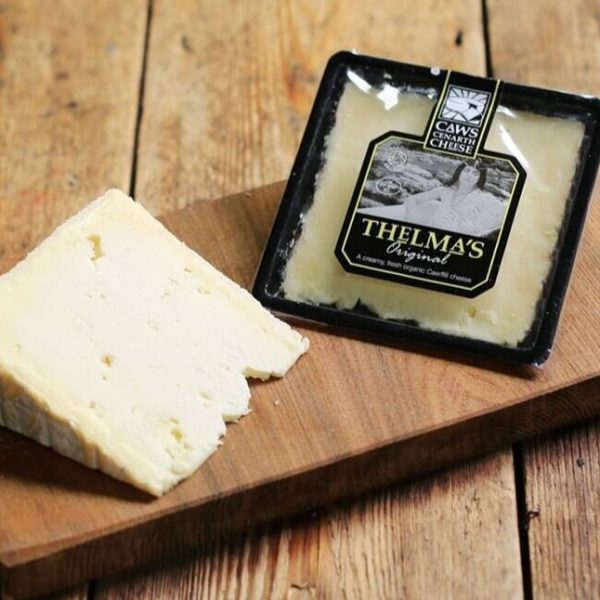