“White Lake Cheese’s Pavé Cobble is a sheeps cheese moulded into a truncated pyramid, the paste is springy and soft, becoming meltingly creamy with age.

With a light coating of ash, the geotrichum and glaucum moulds grow on the rind developing silvery grey rind at first, then becoming dominated by blues and greens.

On first taste, notes of sweet cream emerge, followed by nutty flavours and a slight lanolin gaminess that deepens the complexity with the age of the cheese.

Made with unpasteurised milk and vegetarian rennet.” 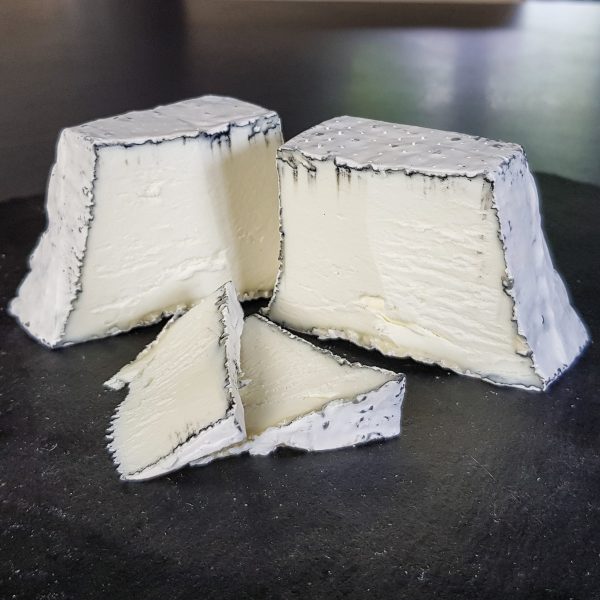