“Knockanore Irish Mature Raw Milk Red Cheddar is made using raw milk on our farm in Ballyneety, Co. Waterford. All of the milk used comes from our pedigree herd of Friesian cows that graze on the lush rolling hills of the countryside. Our cheese is made using traditional cheddaring techniques which involve stacking the cheese curds on top of one another to produce a firm but slightly open textured cheese.

Red cheeses take their colour from the addition of annatto, and ours is no exception. Annattois a natural seed derivative that has no flavour, nonetheless many feel that the red variety has more sweetness and depth, it could be a visual thing or it could be a fact, either way if you like the taste – eat it! Our red cheddar is aged for nine to twelve months. The cheese is mild in flavour with subtle, sweet and creamy tones, but with enough of a tang to satisfy real cheese lovers.” 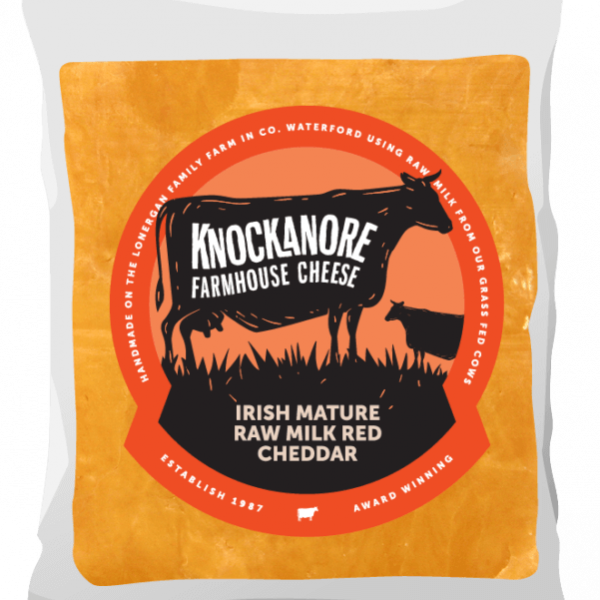