“Cashel Blue’s Crozier Blue has a rich, full and well-rounded flavour. It is gently salty with a distinctly rich creamy texture, offset by a touch of spice.

Crozier Blue is much slower to mature than Cashel Blue® and becomes ready for market at a minimum of 12 weeks. It can be matured for up to 11 months. The cheesemaking style is similar to Cashel Blue®, in that neither cheese can be described as a strong blue, however Crozier Blue is a far more traditional blue than Cashel Blue®. A particular characteristic of Crozier Blue is it’s pleasing creaminess, which can be traced directly to the limestone-rich pastures which the ewes graze and which in turn contribute to a particularly lush full and sweet milk. People are often surprised by how much they like Crozier Blue, those unfamiliar with sheep’s milk cheese assume it to have a farmyard flavour which is not present” 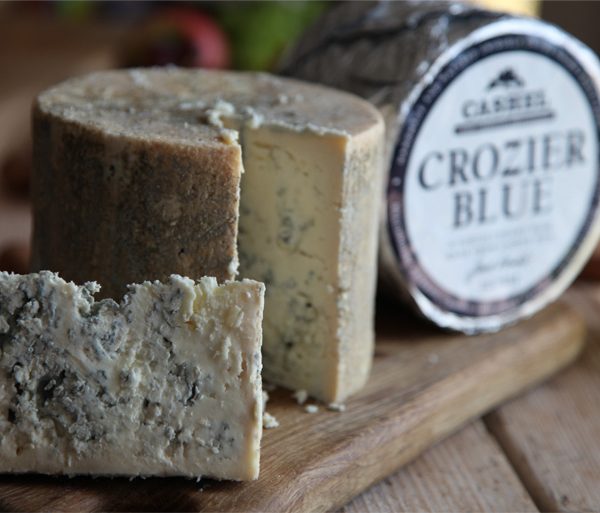